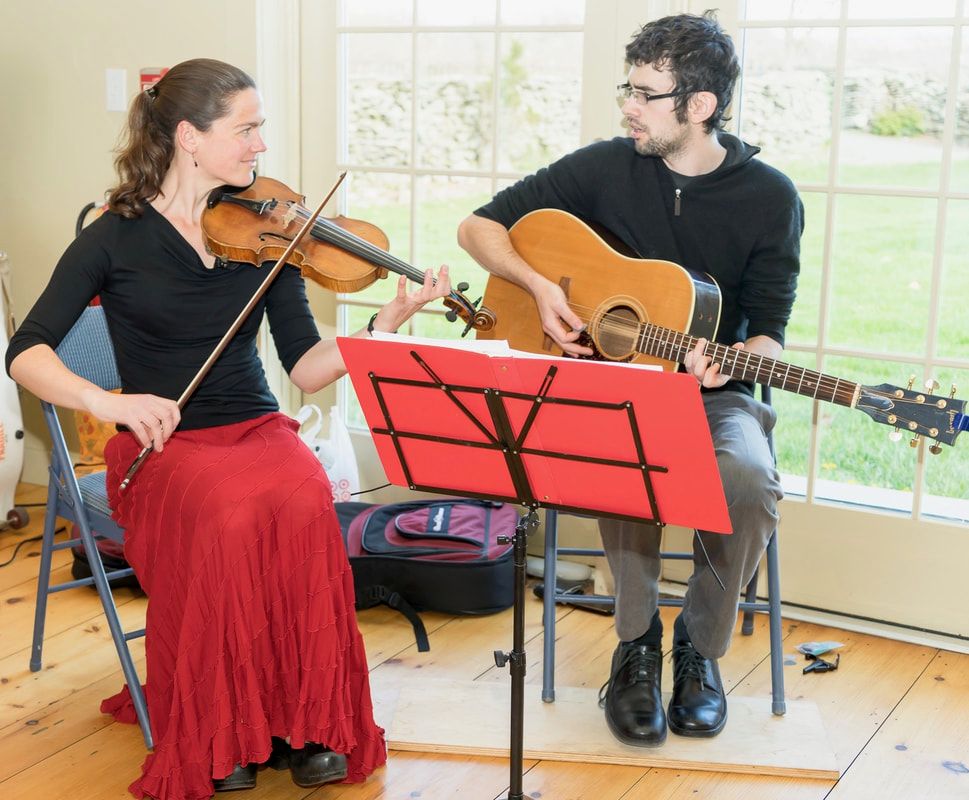 EmmaLee Holmes-Hicks studied violin with some of the best chamber players between New York and Cleveland and serves as co-director, resident musician and teacher at the Newport String Project in Newport, Rhode Island. When not playing classical violin, EmmaLee is well-versed in old-time fiddle music. She has played lead fiddle with the Rusty Pickup String Band since she was ten years old, and won the Illinois State Fair fiddle championship as a teenager.  EmmaLee is joined tonight by Mike Sokolovsky, one half of the California-based contra dance duo Uncle Farmer, known for bringing a punch of energy, modern harmonies, and driving sass to the dance floor. Based in Massachusetts, you can find him playing guitar for local dances and adding foot percussion into the mix.